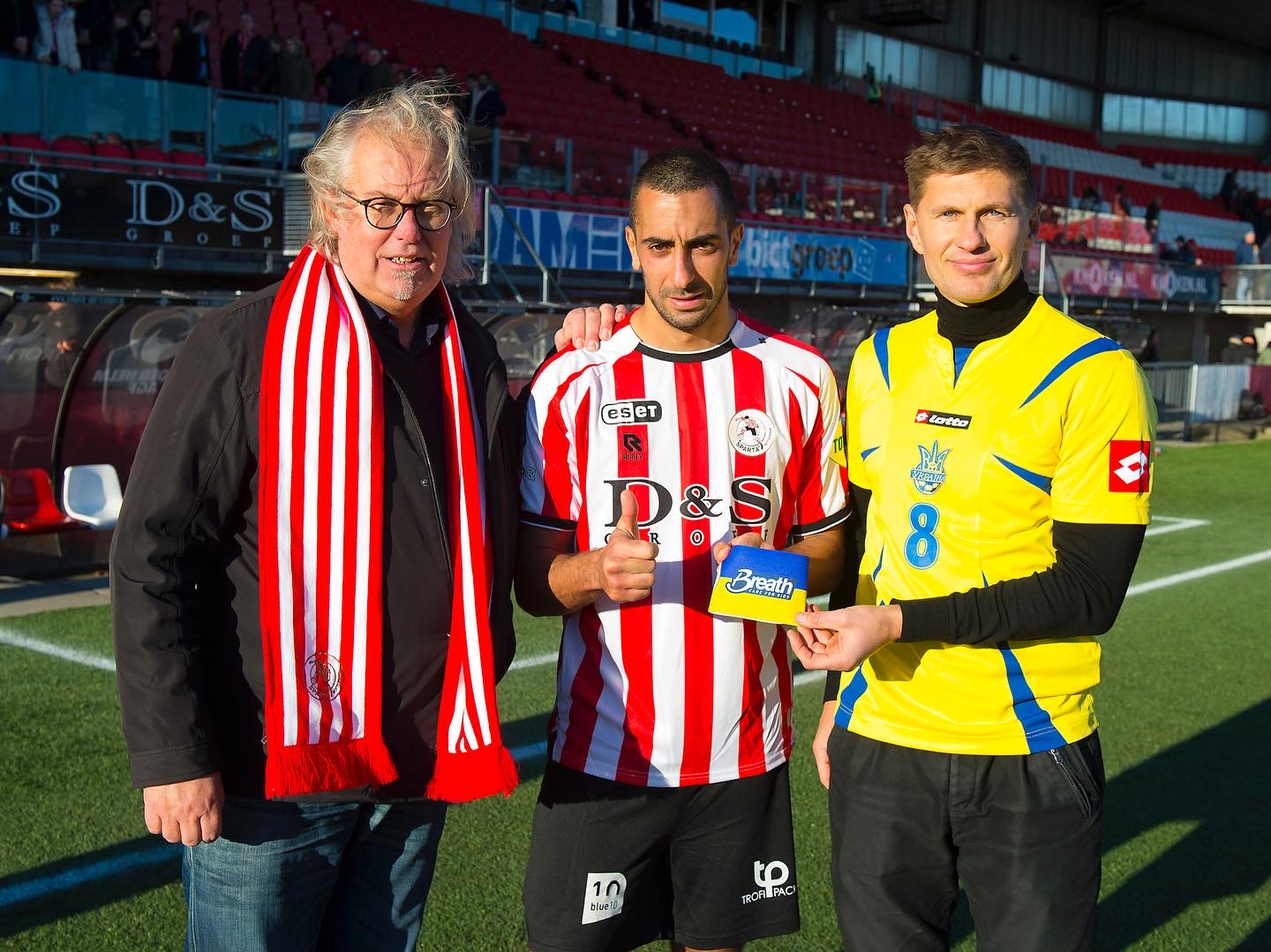 Professional football club Sparta Rotterdam have played their match against PSV Eindhoven with skipper Adil Auassar wearing the captain's band in the blue and yellow colours of the flag of Ukraine and on it the logo of Breath Care for Kids. Furthermore, in cooperation with its corporate sponsors the club has offered free billboard advertising space during the football match.

Sparta and Breath Care for Kids have a special bond through Breath boardmember Evgeniy Levchenko, former player of the club and Breath chairman Nico de Borst, who is a fervent supporter of the club. Breath Care for Kids has built the Sparta Children's Village in Romania and has 4 homes for disabled and street kids in Georgia - and has 4 children's homes in Ukraine, which are all in imminent danger because of the war in the country. One of our foster families has already fled from the war zone and is seeking refuge elsewhere. Sparta Rotterdam showed their heartfelt support for the efforts of our foundation and the club wants to raise awareness for the situation in Ukraine.

After the football match Sparta Rotterdam - PSV Eindhoven Lev and Nico were handed the captain's band by Sparta player Adil Auassar. Local supporter's association The Sparta Supporter consequently purchased the captain's band for a handsome amount of €2,500 which will entirely be used to support children in wartorn Ukraine. Furthermore the team will shortly be further informed og the activities of Breath Care for Kids.

A warm Thank You from us to Sparta, the supporters and the sponsors of the club.